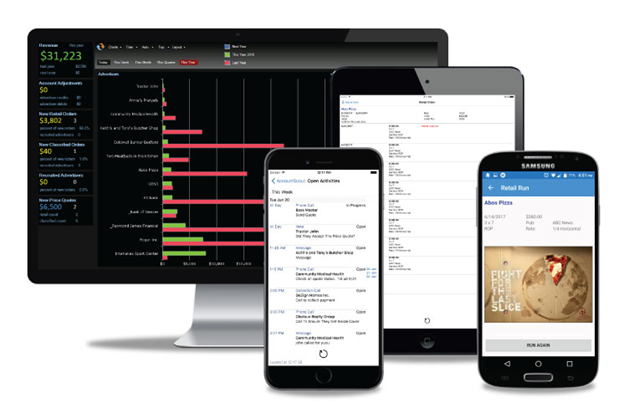 AccountScout Mobile is designed to help your sales reps stay in the field and close more deals. The sales reps won’t need to leave the field because AccountScout Mobile connects with their full desktop product that’s used by all departments in the office. Not only can you see the advertiser, the contact, and the recent activities – you can see their up to minute balances, recent ad runs, ad scheduling, advertiser metrics, expiring retail orders, even the ad copy of the ads! Nearly everything you can see at your desk, you can now see in your pocket. We link the AccountScout Mobile database with the same database you use from AccountScout within the desktop, so you can have real time data out in the field. AccountScout Mobile is in both the iOS and Android app store. Watch a two-minute overview video here. If you ever have questions or need assistance, please call our sales or support teams at 303-791-3301.

It’s fair to say most companies understand the importance of sales reps. Now more than ever, you need your sales reps selling advertisements for your newspapers, supplements and websites. A customer relationship management (CRM) tool is critical for your sales reps to nurture prospects and harvest customers. When deciding on your newspaper software solution you must consider the needs of every department, especially the sales reps. Which product will be most efficient for sales reps? It is our belief that the most efficient CRM system is one that can help sales reps stay in the field longer, get the needed data for each interaction and essentially help them to close more deals. CRM is a critical step to growing your business and making your sales reps jobs much easier. 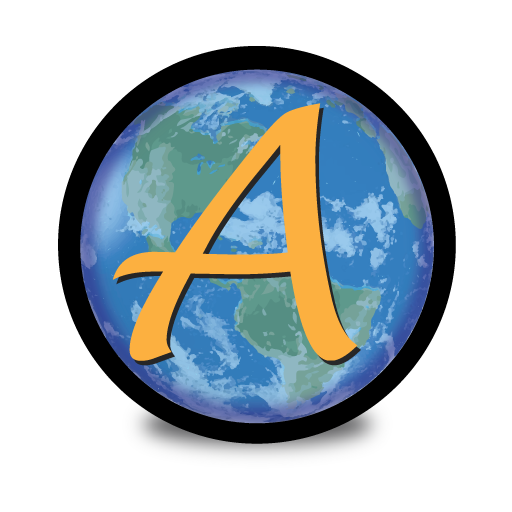 Our AccountScout Mobile app is built for the newspaper industry.  We have added many features to help make your newspapers more profitable than ever. Every sales rep will connect in real time with the database back at the office. This lets them access your AccountScout newspaper and media software from the field. Once you open the app, you see advertisers, recent and historical ad run information including the actual ad graphic, contacts, advertiser metrics, balance due, expiring retail orders, and much more. By providing everything your sales reps need in the field, they won’t need to run back to the office to regroup and strategize. All of it can be done within a few touches on their CRM mobile app. After your reps start closing more deals, they have an option to “rerun a past advertisements”. With a few clicks, they can resell and rerun an add from their app in the field. Compatible for iOS and Android, the AccountScout Mobile app works well for all.

More than a CRM - A Story about Bob the Sales Rep

Let me tell you a quick story about Bob. Bob was a sales rep out in the field trying to resell past customers. At this time, Bob did not have AccountScout and was using a generic CRM on his phone. He knew the contact and advertiser and knew they were a past customer. Bob went into the local pizza joint and did what he does best, sold an ad. Bob sold the pizza joint a rerun advertisement. When Bob got back to the office, he inputted his order and realized he sold the same exact ad to the same business, but at a lower rate than they purchased last time!

Now, let’s rewrite history as if Bob had the AccountScout Mobile app before entering the local pizza joint. Bob is sitting in his car wondering “who do I contact”. He clicks “expiring retail orders” and notices there’s an expiring advertisement from a pizza joint nearby. Bob clicks on the pizza advertiser and see’s everything he would see as if he was at his desk – their expiring ad, price, contact, advertiser, history, but most importantly the graphic of the ad they are currently running. Then like before, Bob does what Bob does best, and sells. However, this time Bob sells a larger ad for more money than he would have without the AccountScout app. After this sale, he can rerun the advertiser and stay in the field to contact the next expiring advertiser or to work on his leads.

Fake Brains has been in the newspaper industry for 27 years. Long ago, we knew we could help bring value to many papers by writing 100% of the code in-house. Everything we do is for the newspaper and media industry. Every upgrade we release is meant to help you increase your productivity and make more money. Some of you love our name, some of you do not, and that’s okay! Either way, we enjoy helping our newspaper communities. AccountScout has billed over $1 billion and helped hundreds of newspapers become more profitable than ever. We are the artificial intelligence “Fake Brains” behind your data. For more information about what we’re doing, check out What’s New.